While we are asleep and dreaming, our minds are at their most creative.

When we go to sleep thinking about a problem, our mind carries on trying to solve it.  And often, we get the answer in a dream.

The brilliant thing about solving problems in dreams is that it doesn’t take any effort!

Many famous scientists and engineers have solved problems or invented things in their dreams.  Just like Boobela does in her dream in “The Family in the Swamp.”

Here are some examples of famous problem-solving dreams:

The tune for “Yesterday” came to Paul McCartney in a dream.

“I woke up with a lovely tune in my head. I thought, ‘That’s great, I wonder what that is?’ There was an upright piano next to me… I liked the melody a lot, but because I’d dreamed it, I couldn’t believe I’d written it. I thought, ‘No, I’ve never written anything like this before.’ But I had the tune, which was the most magic thing!” 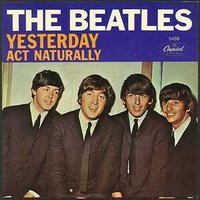 Jack Nicklaus (a famous golfer)  was in a slump.  He wasn’t hitting the ball properly.

He went to sleep thinking about the problem and had a dream in which “I was hitting them pretty good and all at once I realized I wasn’t holding the club the way I’ve been holding it lately.. When I woke, I tried it the way I did it in my dream, and it worked. I shot a 68 yesterday and a 65 today.”

August Kekele was a famous scientist who was trying to figure out the chemical structure of benzene.

“…I was sitting writing on my textbook, but the work did not progress; my thoughts were elsewhere. I turned my chair to the fire and dozed… the atoms were gamboling before my eyes…. But look! What was that? One of the snakes had seized hold of its own tail, and the form whirled mockingly before my eyes. As if by a flash of lightning I awoke.”

Kekule realized that the snake seizing it’s own tale mean the structure of beneze was circular. 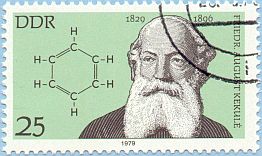