How a Book is Produced

After Jon and I agreed on the words in the story, they were sent to our first designer, Sarah Hodder.

(The first Boobela books had bigger pages but there were only 96. Now all the books are a bit smaller but with more pages. The examples below are from the first books.) 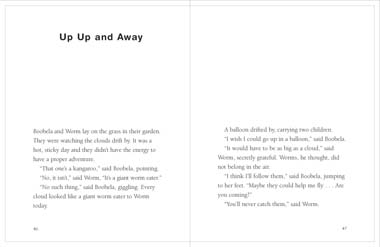 She laid out the 96 pages of the book. This is what an early page looks like. The space across the top was left for Sam’s picture.

Jon and I went through the story again, trying to make it shorter.
Sam then did pencil sketches of her ideas. These were put into the design and Jon and I looked at them and suggested changes if necessary. 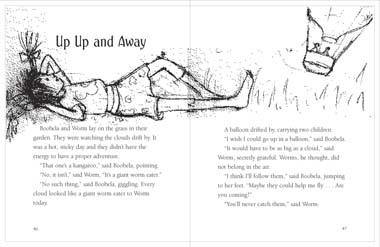 Time for another rewrite. No point in saying “Worm is wearing a cowboy hat” when you can see it because it’s in the picture!
Finally Sam then did proper full colour pictures. Originally, Orion planned to publish the book in two colours – red and black. It would have looked like this: 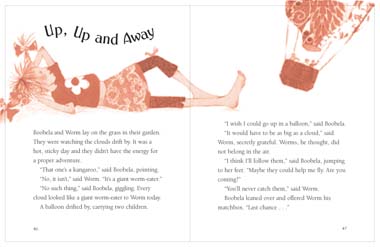 But at the last minute Orion decided this didn’t do justice to the illustrations. I think you’ll agree, the page looks much better in full colour! 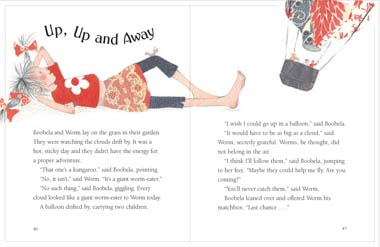